All Things About Homes 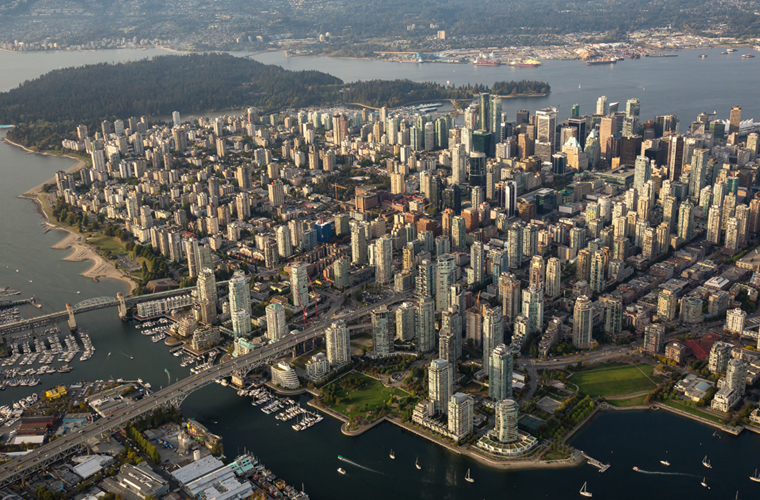 COVID-19 Has Increased Demand In Homes Outside Vancouver, B.C. 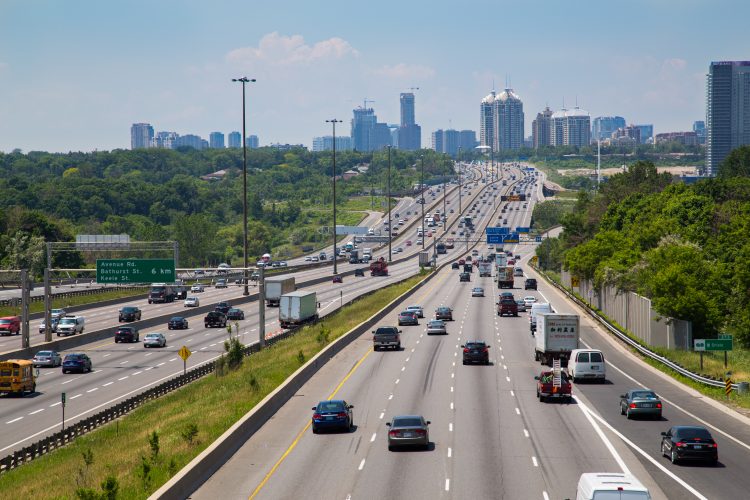 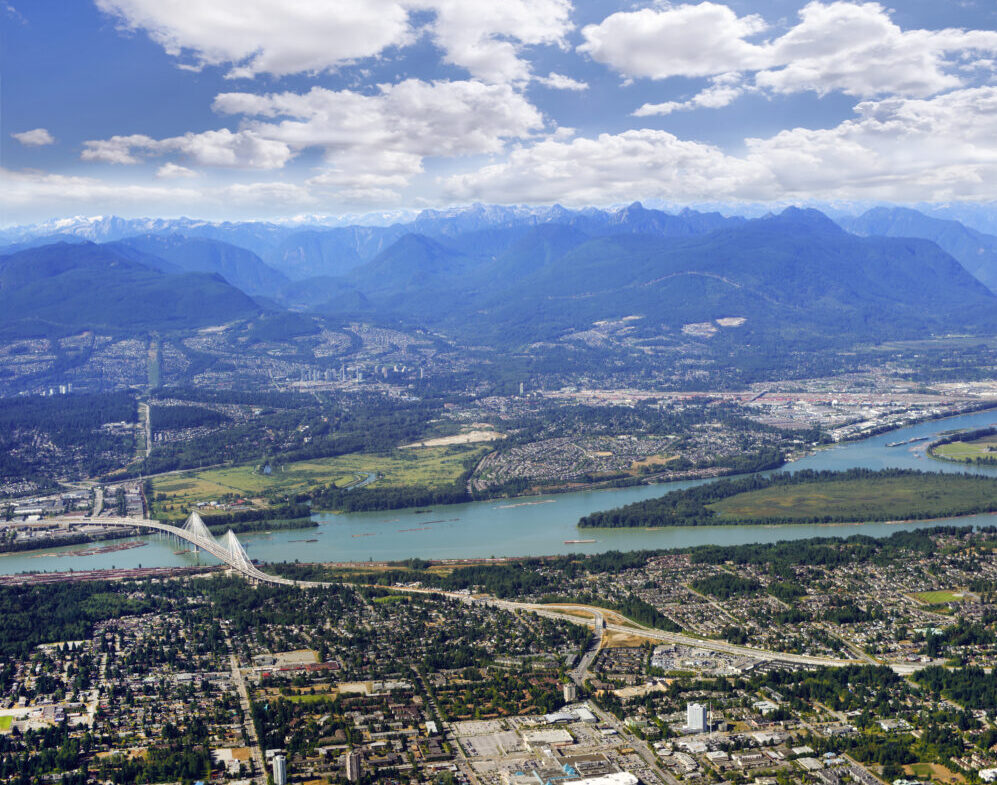 Everything That The Tri-Cities Have To Offer 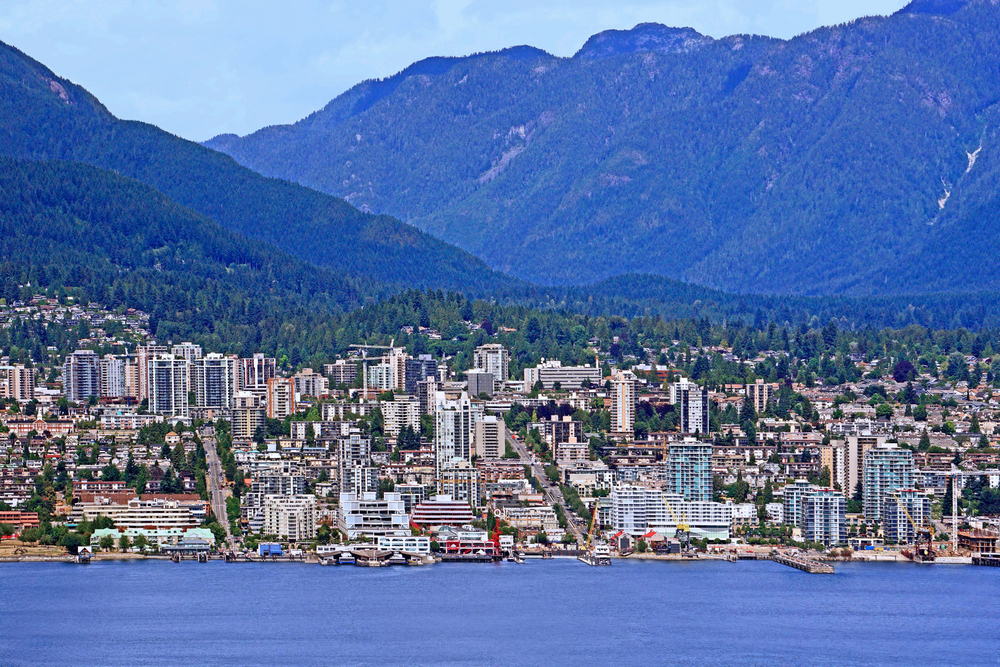 Real Estate is all about the location, right? And one of the many incredible benefits that come from living in a Home at a fantastic place is probably a tremendous view!

Who hasn’t dreamed of one day waking up on your dream home, to be greeted by a peaceful and beautiful natural view- or maybe you dream of waking up to beautiful city buildings, traffic, and people walking by. Whatever you fancy, it probably seems like something that usually only happens in movies, isn’t that right?

I am glad to inform you that you may be in luck! This Hollywood-like scenario could happen to you in real life. But of course, this is only possible if you are planning to invest a few million in your dream.

If you have always pictured a fantastic house to call your home where you can be greeted every day by heavenly views and don’t care for how much money it will take, I encourage you to continue reading. Even if you don’t fit all these criteria, keep reading.

Being based in Vancouver, I would like to show off this city and its surroundings. We have decided to give them a small to provide some homes with fantastic views a bit of a spotlight.

We were looking at hundreds of Listings in different Real Estate websites, and many feature magnificent residences with the incredible views we are looking for.

Makes sense, as we were searching for Real Estate in the very busy, very expensive Vancouver.

Vancouver is a prime example of the most expensive cities to live in the whole world. It would only make sense that this is happening because the location is so beautiful, right? So many things to observe, so many places to visit.

Now, behold! Fantastic views from some of the most exclusive residences in Vancouver. 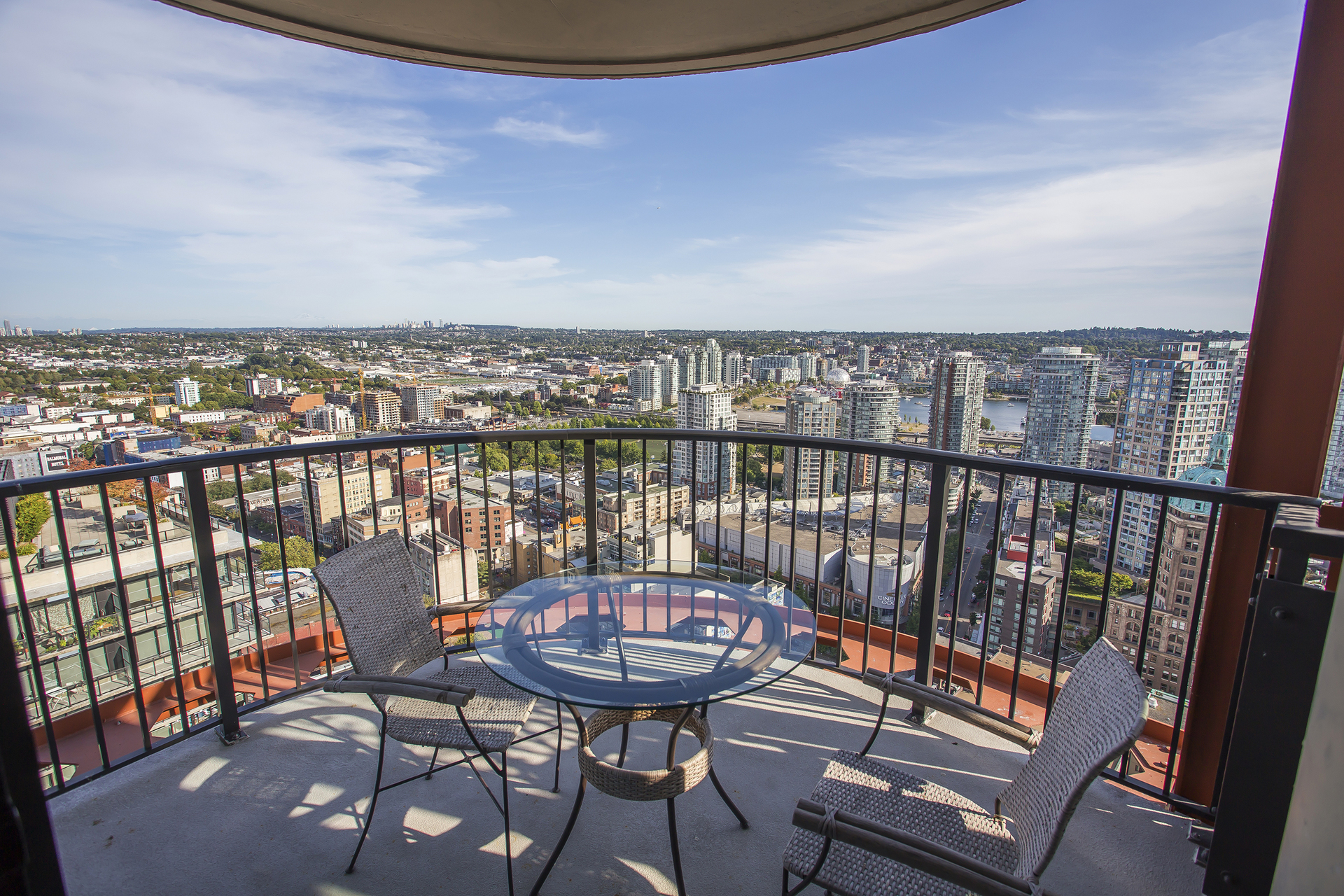 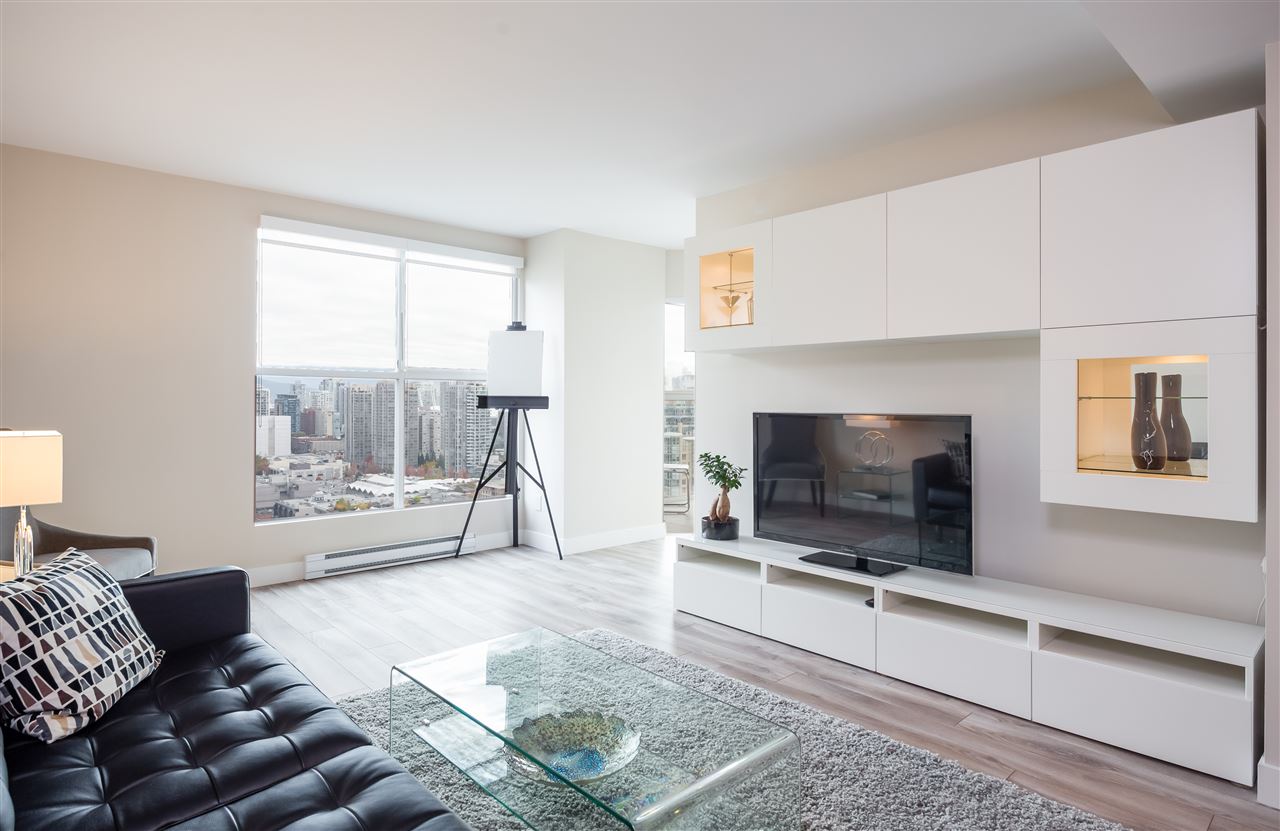 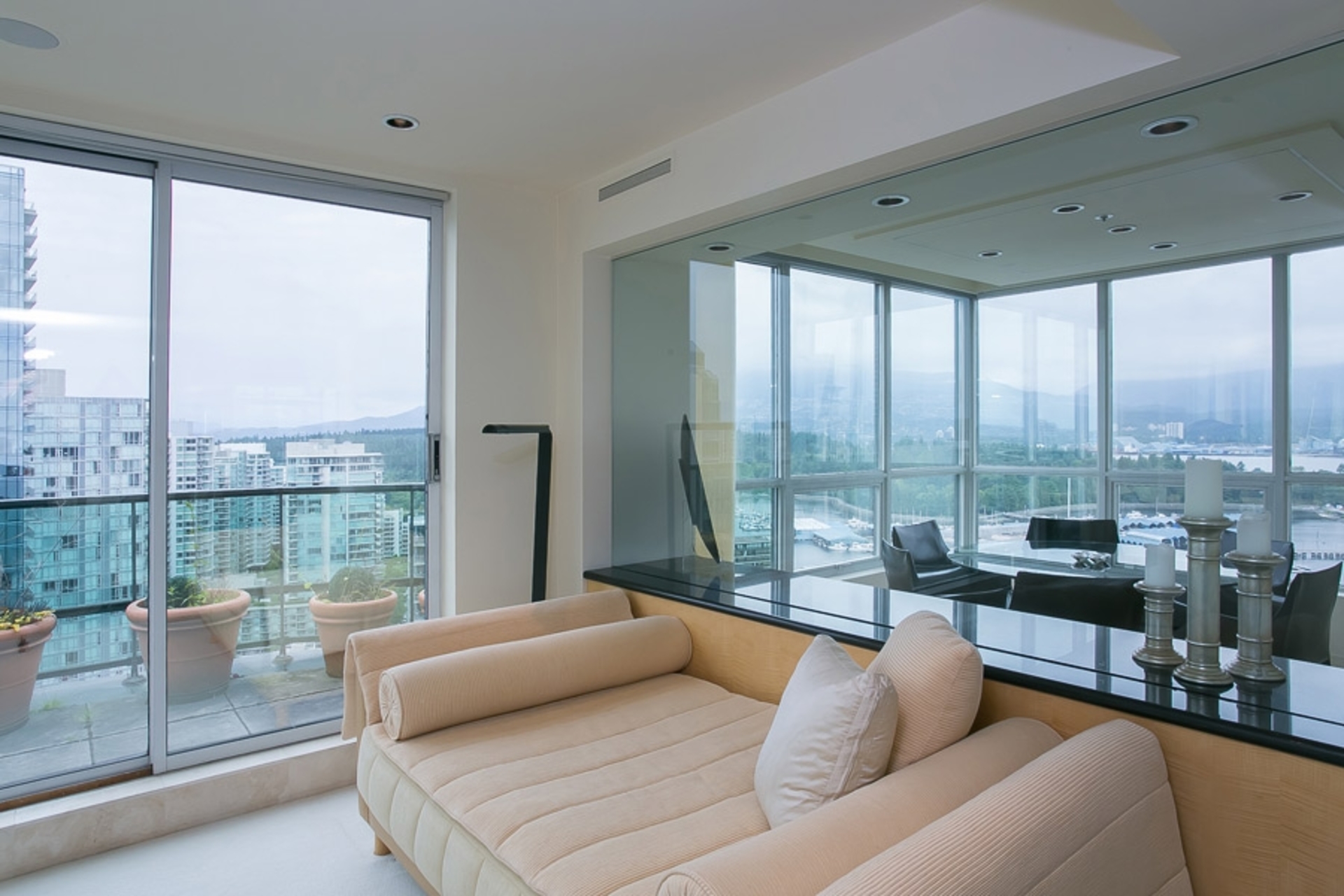 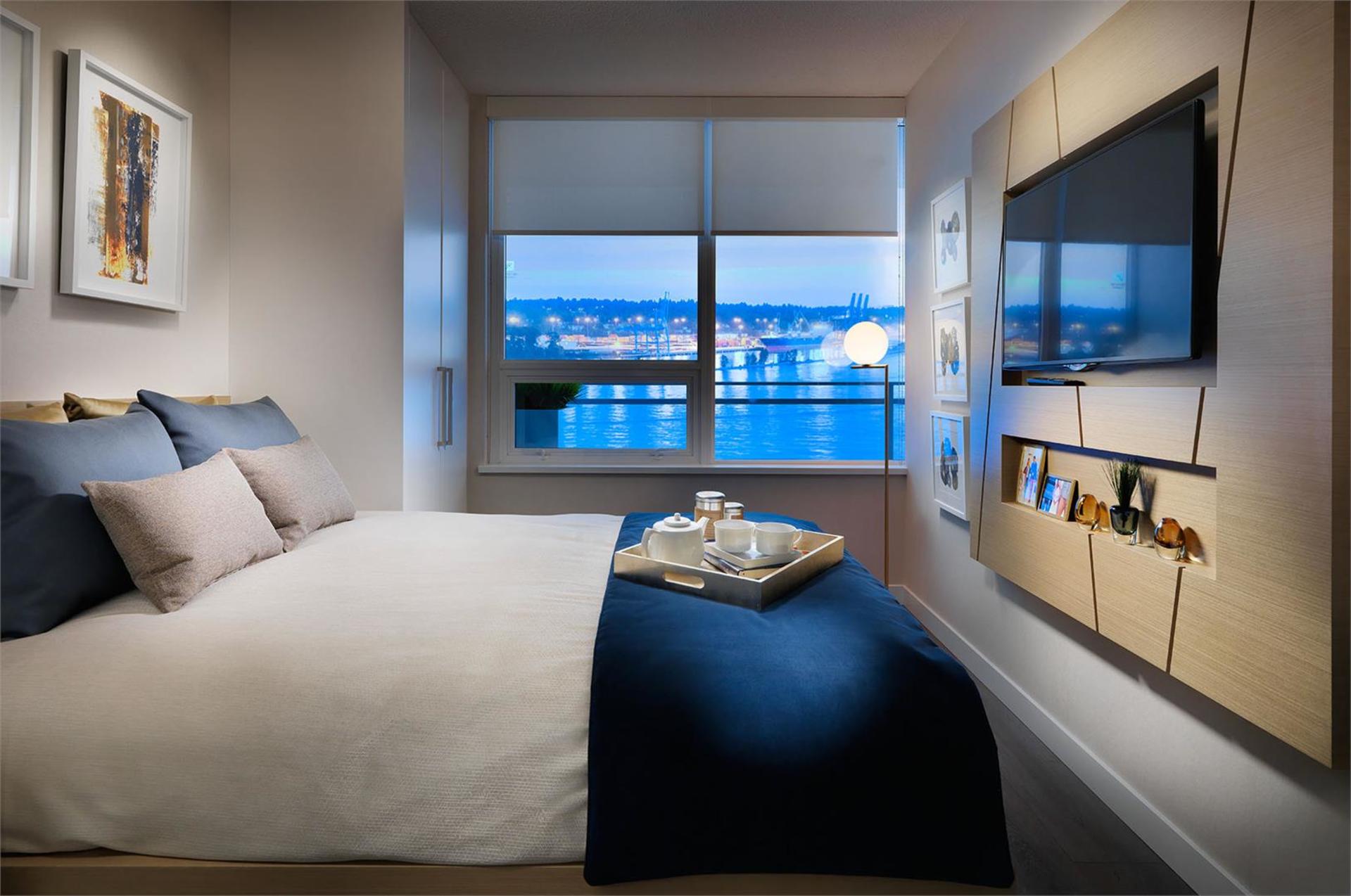 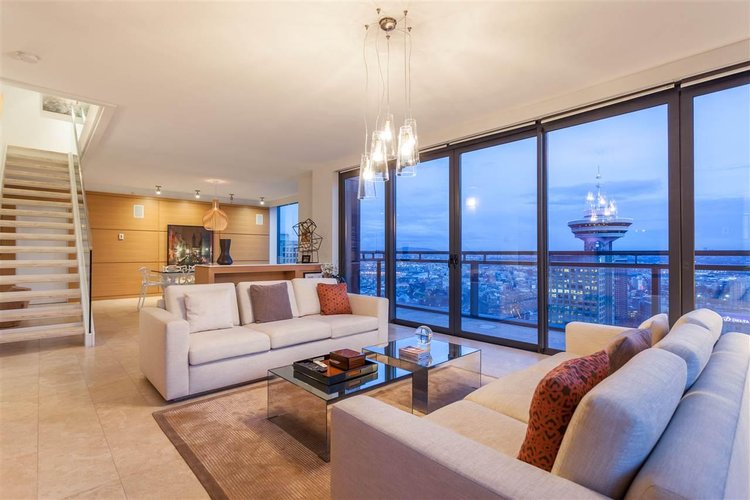 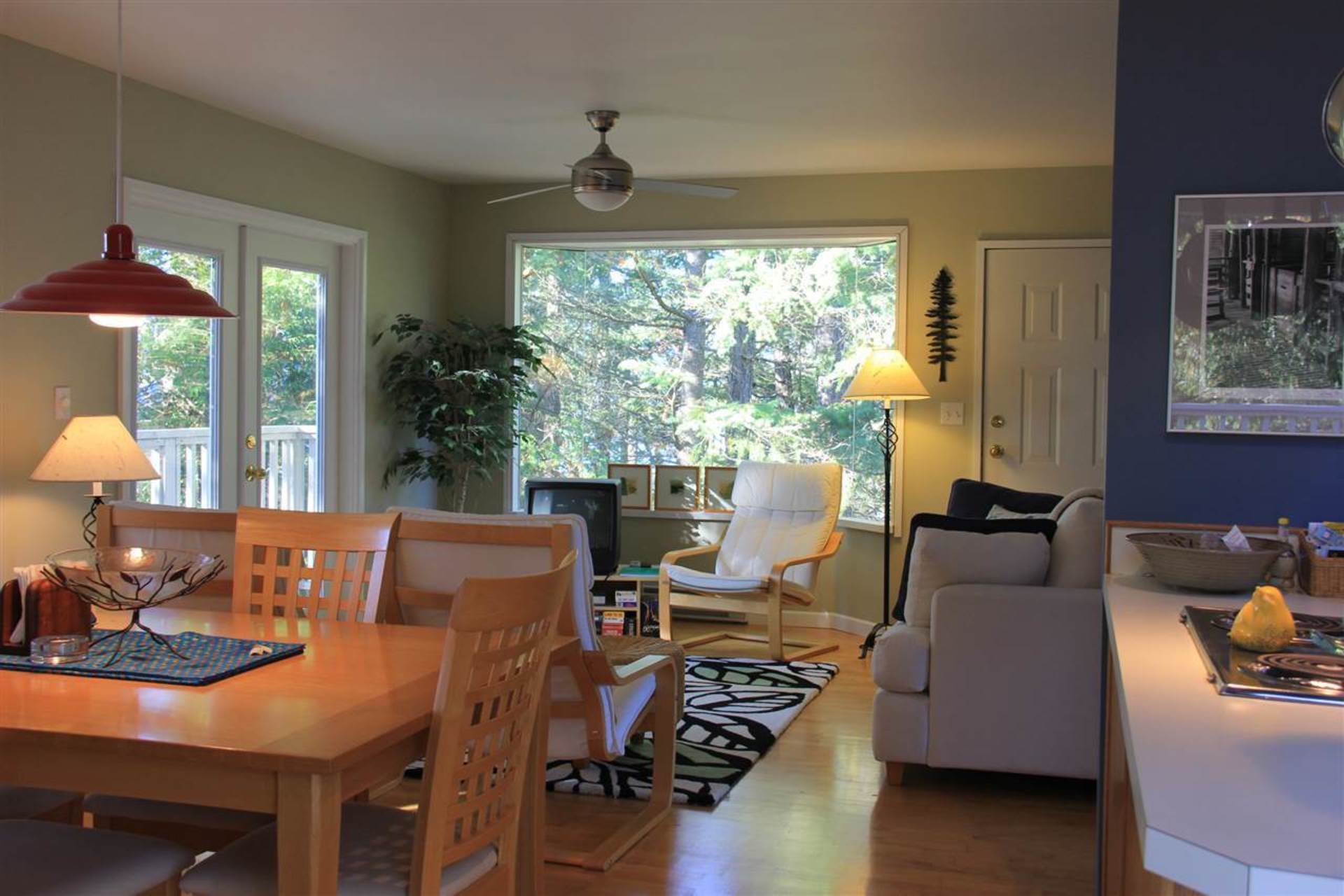 Feeling like buying any of those beauties? Or maybe your picture dream house with an awesome view differently. Let us know in the comments.

Vancouver city has become an attractive area for many building developers which found it as a profitable real estate market. There are new and different projects for towers/condos, townhomes and larger homes around Port Moody, Brentwood mall and on Cambie Corridor. Between the most popular new developments are:

The Grande at Suter Brook Village

The building is planned to has 26 floors, with condos from different sizes with 1, 2 and 3 rooms. Between the various amenities, the residents will enjoy of fitness facilities at the Grande Health & Fitness Club while having dream views of the North Shore mountains.

Modern design homes with 1, 2 and 3 bedrooms. Between the different amenities that the development is offering are fitness facility, dog run, outdoor theatre and easy access to different parks and natural areas.

The Coquitlam tallest tower with 49 floors ranging from $349,900 to $739,900. The development is well located close to Lougheed town centre with many accessible shops and restaurants nearby. Between the different benefits, the residents will enjoy of 20,000 sq ft of indoor and outdoor facilities and a Public Plaza.

A townhouse development located in Burnaby Highgate close to Metrotown and Edmonds Skytrain Station. An urbanization near to schools and community centres with unique townhomes from 1,432  to 1,541 sq ft.

A condo development with 104 modern design homes developed by Aragon Properties. The project will be close to Port Moody Skytrain Station, it offers 6 floors studios with one bedroom, two bedroom and condos and houses with three bedrooms.

A new condo and townhouse developed by DAVA Developments located in Cambie Street, next to the Queen Elizabeth Park. Under the features, the development has 102 units and 6 storey building with balconies and outstanding outdoor areas.

When looking for accommodations in Canada condos appear as attractive options for residents due to its convenience, relative cost-effectiveness as well as availability. We picked five condo developments in Vancouver, Toronto and Victoria which based their amenities and lifestyle provisions to provide a better condo living experience. 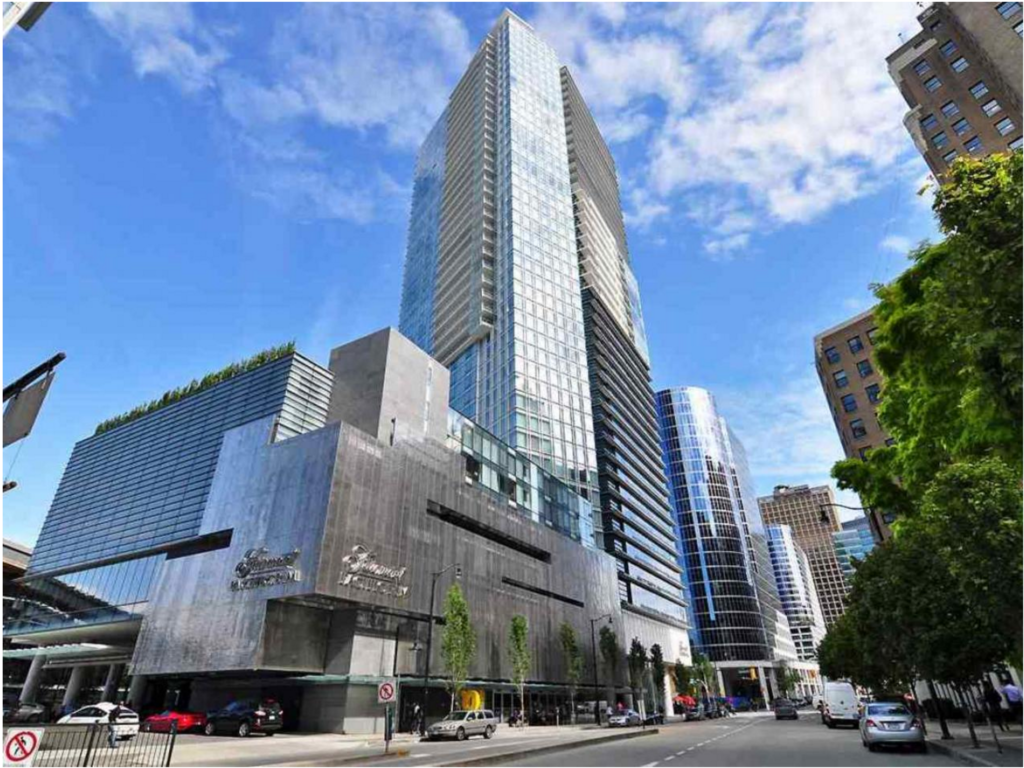 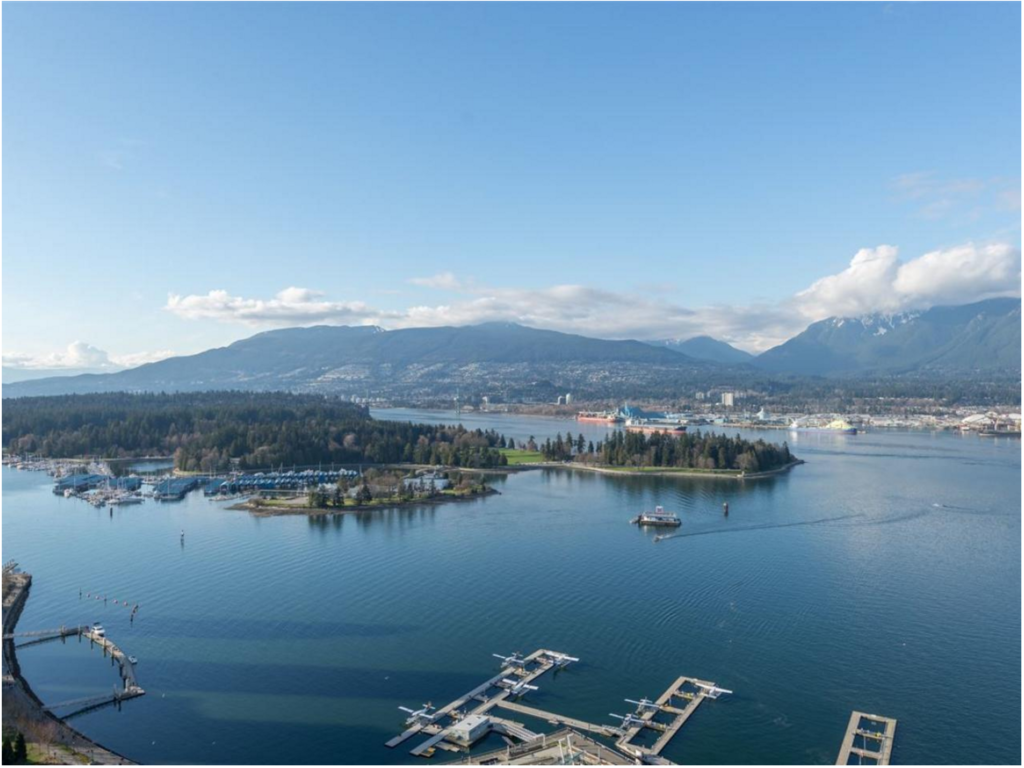 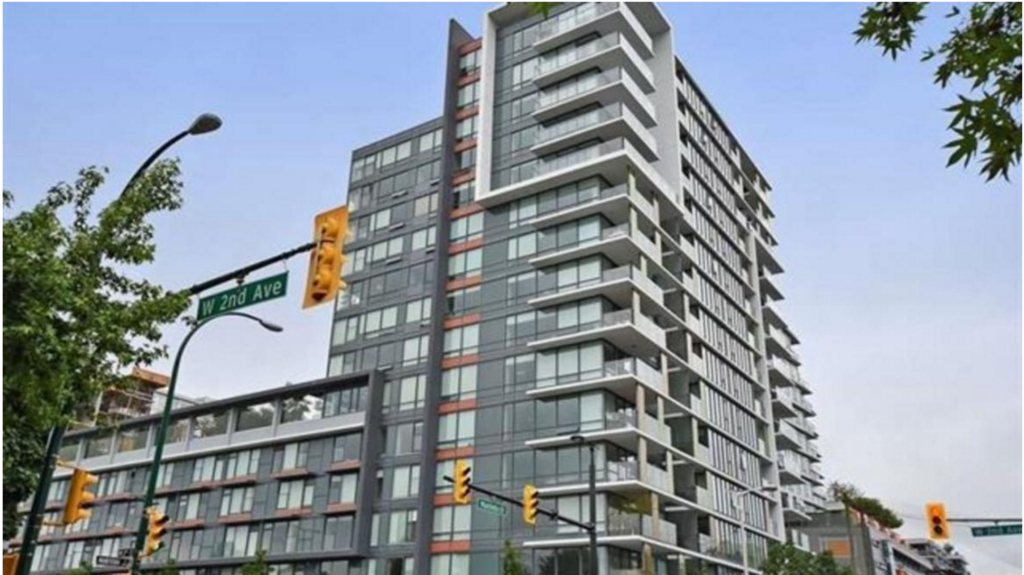 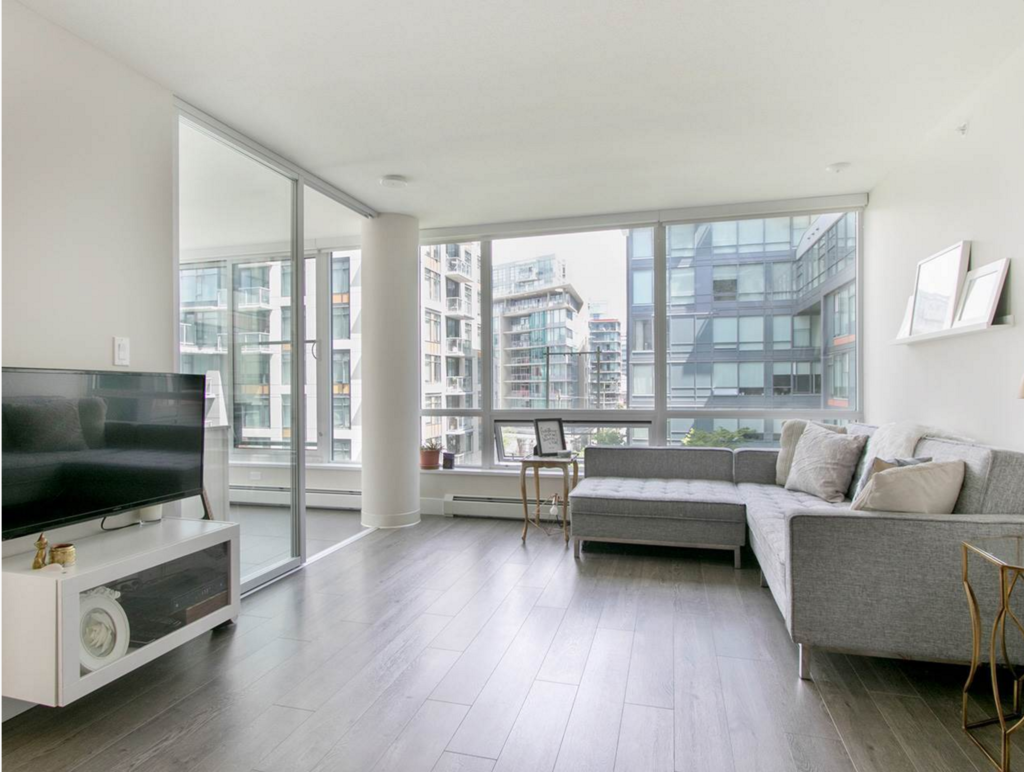 In Toronto, Cresford is a condo developer with different luxury downtown locations focusing on high quality and attention to detail buildings which results in practical and livable spaces. Under their current projects are the sophisticated Halo residences, Clover on Young, Vox, Casa II, 1Thousand Bay which offers a unique lifestyle experience. 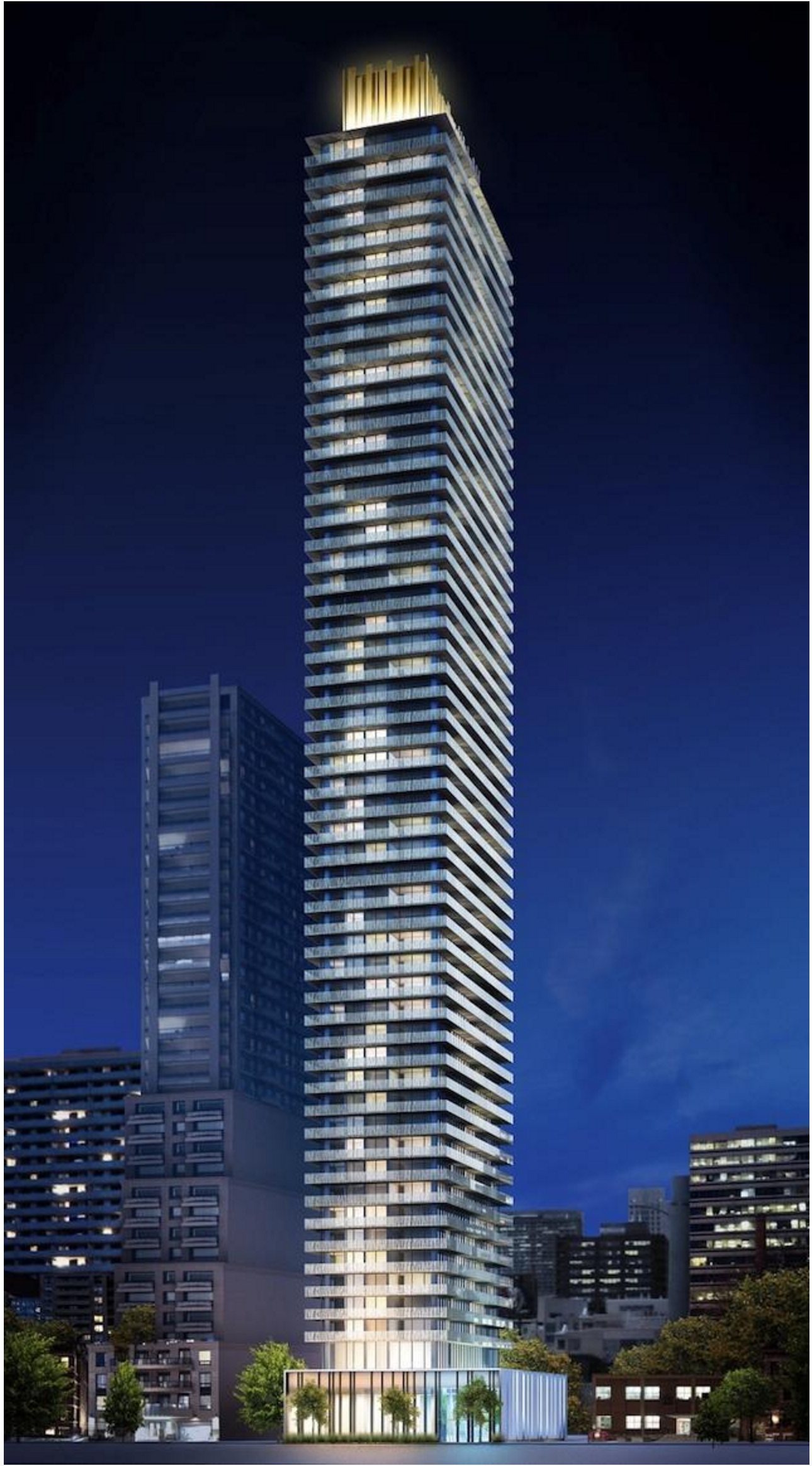 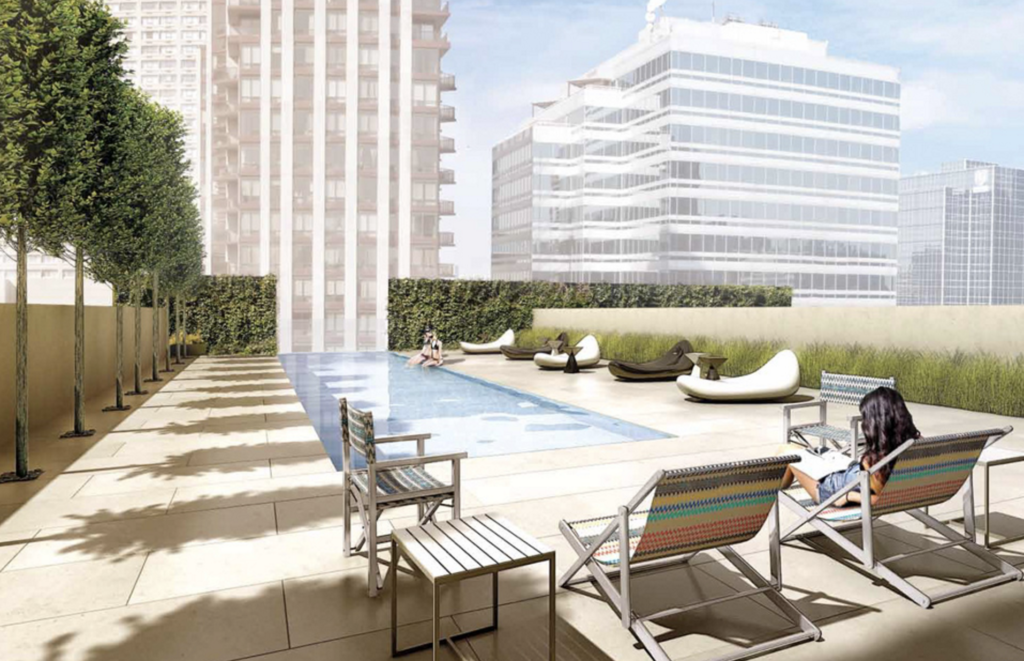 Aura Tower is Known as the tallest Toronto’s condo with 80 floors. Aura’s offers penthouses from $2.4M to $3.7M with different amenities as a fantastic building design, 24-hour concierge service and access to fitness facilities. 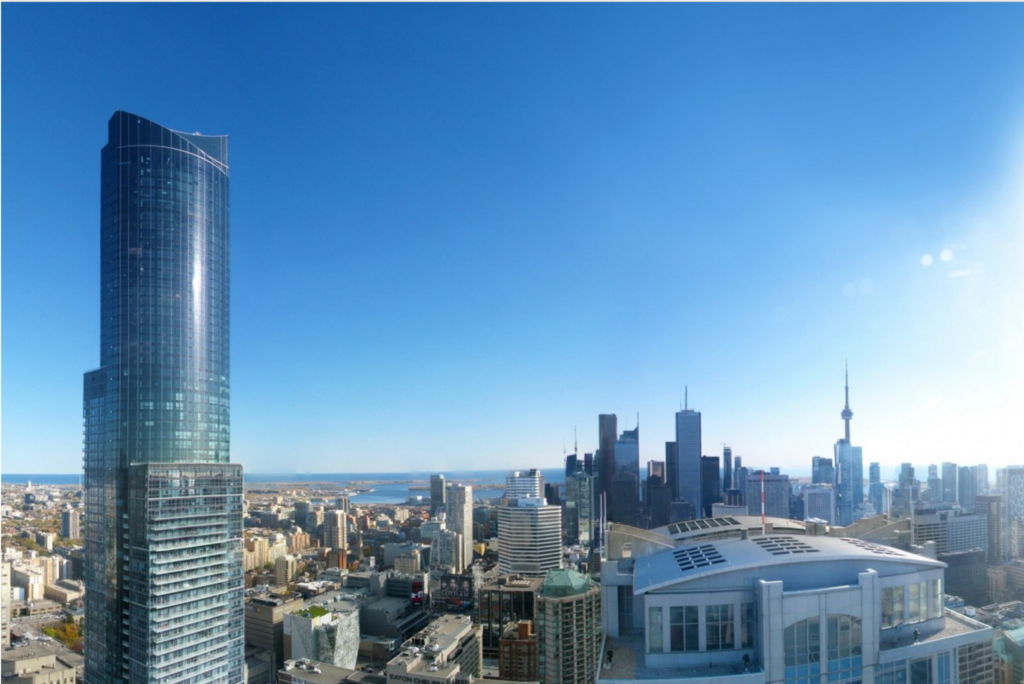 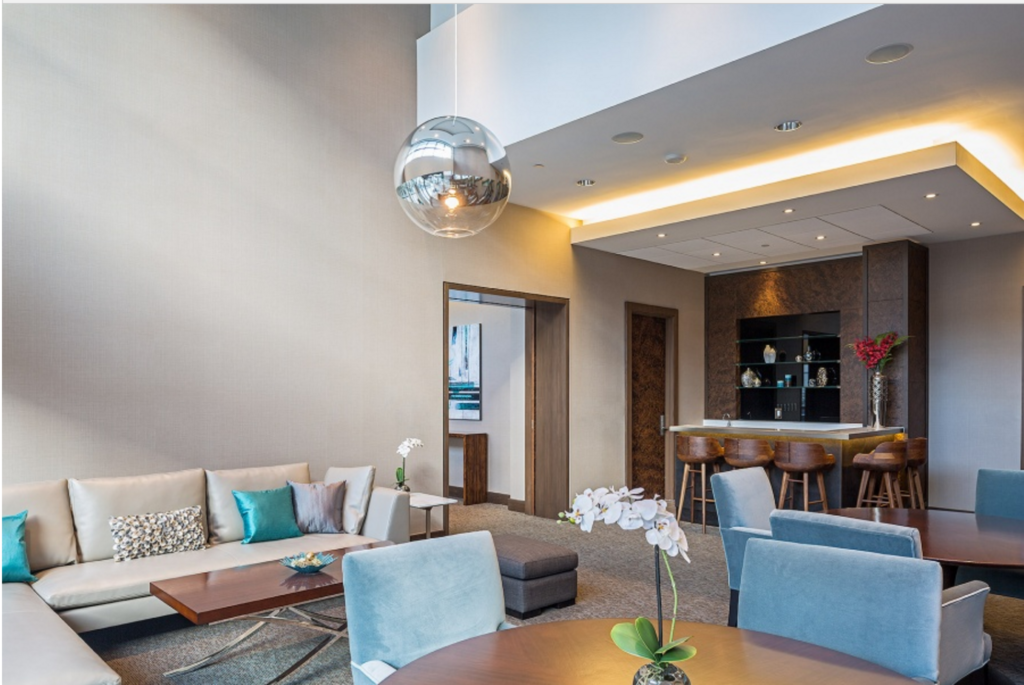 In Victoria, 989 is a condo development  by Cox Developments Ltd planned to be done in 2018. The development will have two towers with 15- 17 storey each one. 989 will be near to different restaurants, shopping centres, and theatres which make the livable experience comfortable, fun and unique. Between the various benefits, its residents will enjoy fantastic views, modern kitchen spaces, customized bedroom spaces and electric vehicle parking stations. 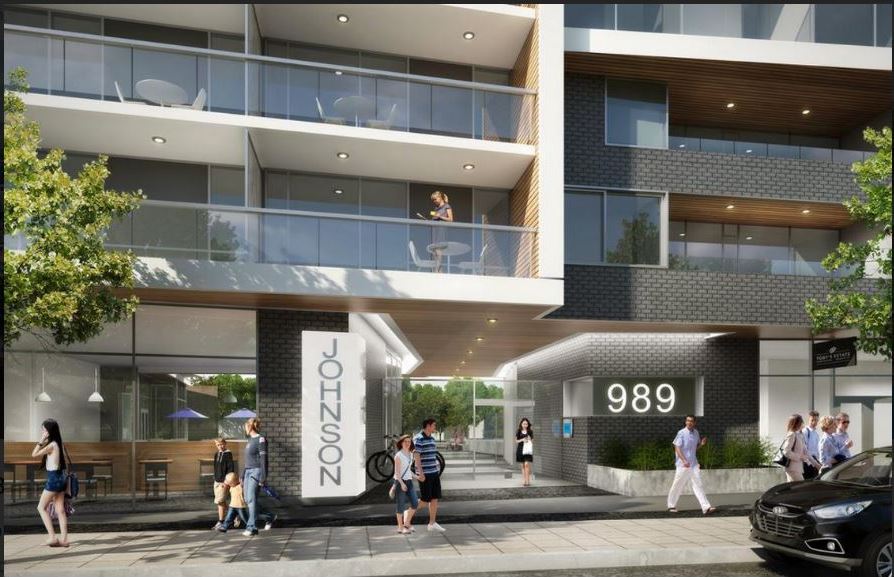 When thinking of renting, buying or remodeling your home, kitchens represent a key factor in the final decision. Different customized kitchen trends promise more comfortable, welcoming, fun, and practical spaces in the kitchen a place where family members usually spend most of their time:

Design has a significant role when personalizing and giving your kitchen a unique style. Between the various options, retro style kitchens are the most preferred by inspiring a back in time feeling while offering an inviting environment. People can create retro spaces by choosing accessories in primary colors, old looking electro domestics and special lightning. 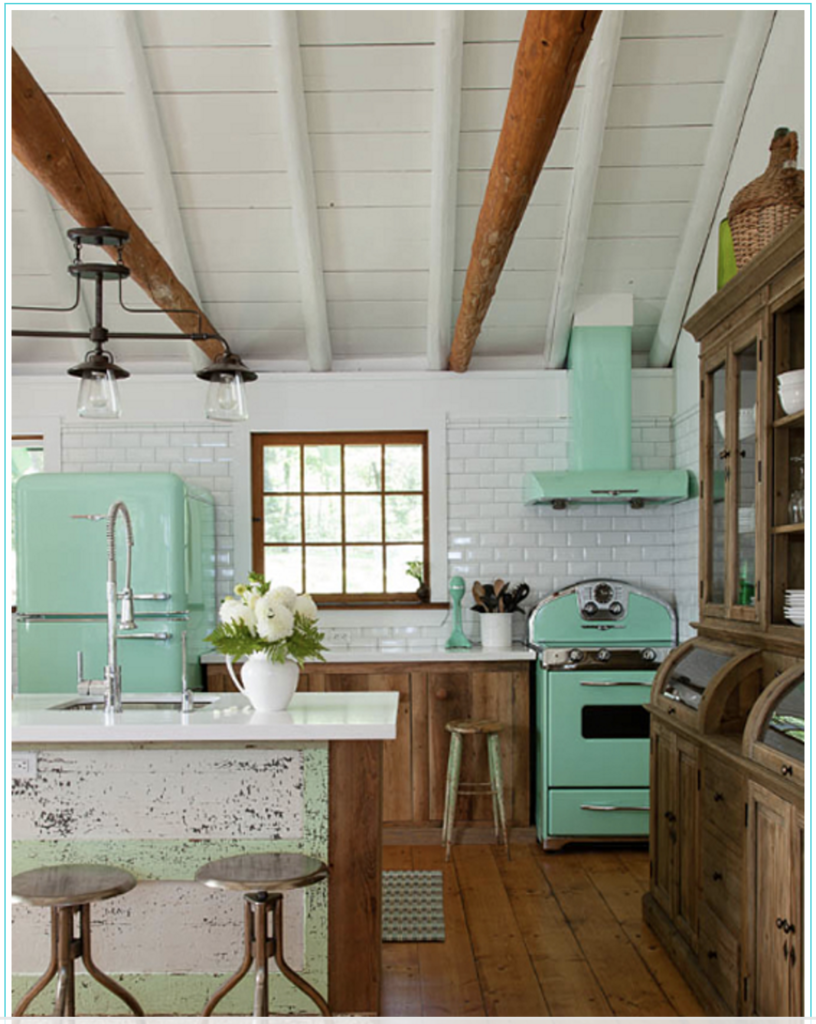 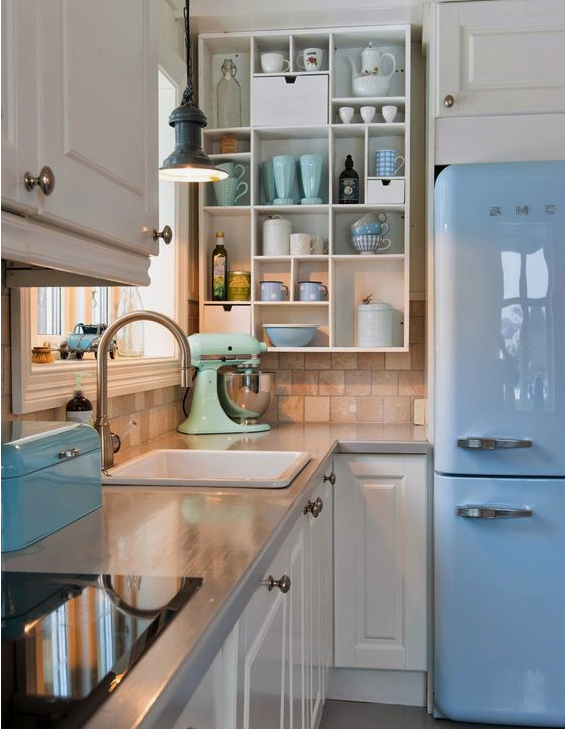 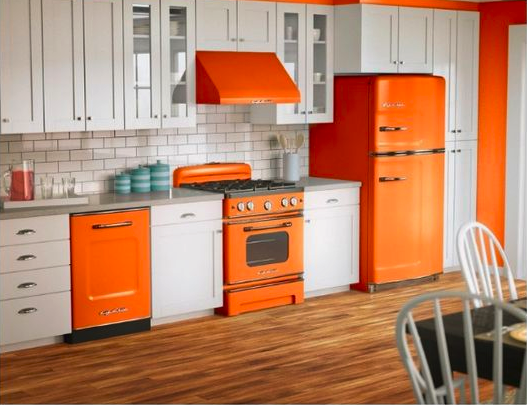 Besides, Far away from the norm of the regular stainless black, the matte black kitchens are having a big time in the nowadays modern kitchens. Matte black kitchens bring a sense of cleanliness, elegance and calm feeling.  There are different options of appliances and utensils in the market ranging from matte black furniture to small appliances. 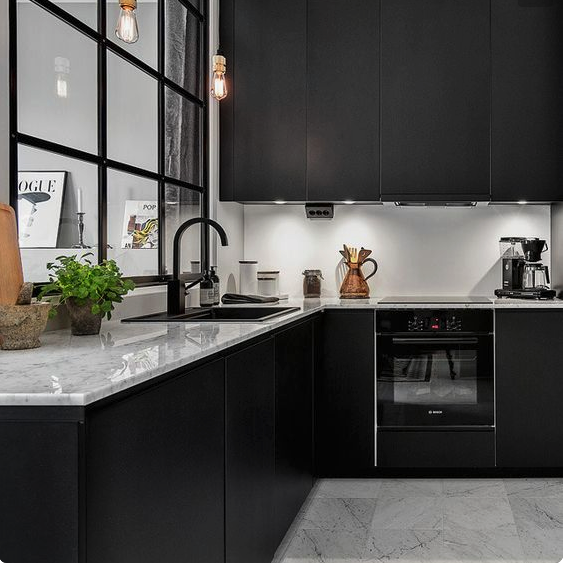 Technology becomes one of the most important allies when preparing healthier and faster meals in a busy world. There are different methods such as inducting cooking which uses an electromagnetic field to heat the different utensils. Inducting cooking differs from traditional cooking since it saves energy as well as it heats two times faster than conventional cooking methods. 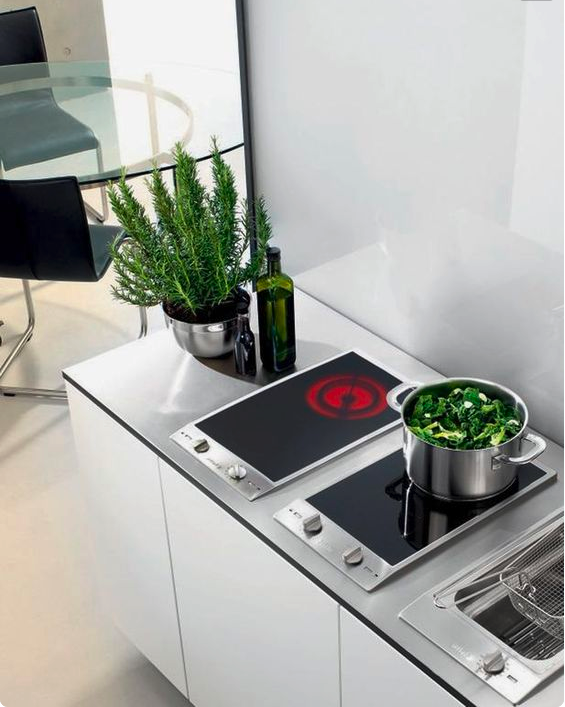 For tea or coffee lovers smart kettles are more than a standard machine. From different sizes, designs, prices and usability smart kettles offer a variety of temperature options, are quicker when boiling compared to conventional kettles as well as are eco-friendly by wasting less water and electricity.

Regarding space, the market offers different options to maximize and take benefit of every piece of furniture into your kitchen. Clever cabinetry makes family members life easier by serving as organizer storage while saving space.In addition, multifunctional sinks  appear as a practical solution to help you to take advantage of small spaces as well as to become faster when cooking while dealing with kitchen messes. There are different accessories and functionalities that multifunctional sinks offer as cutting boards, colanders and drain rack. 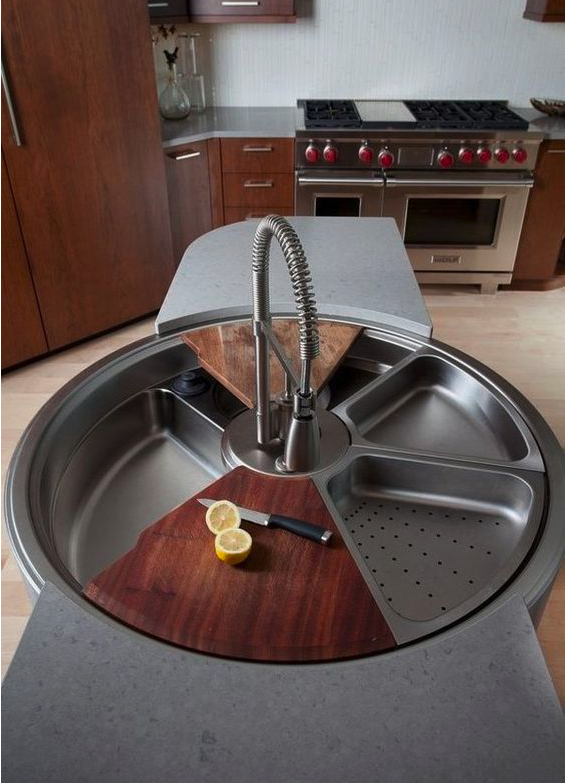 The time when cities were all about buildings and cars is slowly coming to an end. Today, cities face many new challenges, with the still-growing population, lack of parking (and driving) spaces, and commutes that become longer and longer. Though cities in other parts of the world continue to develop following this model, it is not considered ideal anymore.

A walkable city is what most cities nowadays strive for. A city where people could go to work, buy their groceries, meet friends for coffee, do their daily exercise without taking the car.

Here is Amanda Burden, city planner for NYC and animal behaviourist, talking about the importance of public spaces in modern cities.

She first brings to our attention the assets that are public spaces. Public spaces are mainly parks, squares, beaches, but also the pavement, cafes, marketplaces, piers, etc. Their objectives include encouraging social interaction, providing relaxing areas, and enhancing the environment. Quality public spaces are essential, because they provide more reasons for people to walk. It allows the locals to breathe in their city.

Finally, she reminds us how hard it is to fight for public spaces against the creation of more commerces. While it is true than public spaces do not produce direct revenues, it is crucial for the city’s long-term development by making its residents fall in love with it.

The first is economical. We now pay more for transport than for our homes, deriving from a phenomenon called “Drive ’til you qualify”. This means most of the population cannot afford homes in the inner city and have to live in the suburbs. Far from their jobs, they have to do long commutes everyday. He infers that by developing alternatives to driving (in his example, bicycle lanes), people will have more money to spend on other areas, including homes. He also states that it attracts young, educated people to live and work in the city.

The second argument concerns health. As obesity continues to make its way in our ranks, he believes we might find a solution in urban design. Inactivity harms us at least as much as diet, and designing cities around pedestrians is a sure way to make them engage in some daily exercise. Neighbourhoods are now a factor of obesity, where people from car-focused areas are more likely to be overweight. Other health concerns include asthma, mainly caused by car emissions, and car crashes, less frequent in walkable cities.

The third one is environmental.  Scientists used to say that cities were the main source of pollution. Now, that has changed. As cities are very concentrated, energy, gasoline, resources in general can be shared and provided more efficiently, whereas countryside typically consume far more energy per household. If everything is far away and you have no neighbour to combine resources and have a synergy, no wonder you will probably pollute more on average.

In Conclusion From These Two Ted Talks

So what can we conclude from these two videos? First is that walk-friendly cities are essential for the inhabitants. It increases the quality of life, in many ways (nice public spaces, decreasing commutes, better health overall), and that can be observed through indexes such as the Mercer Survey, where we notice that most of the top-rated cities are very walk-friendly. Second, that walkable cities are not only the present, but ultimately the future. They are sustainable in the long-term, in regards to health, environment, economy. Finally, walkable cities give us a feeling that was long gone in most cities: humanity. There’s something about walking through a well-designed city that just makes us sigh and smile inside. It gives us a sense of community, and remind us of the beauty in simple things.